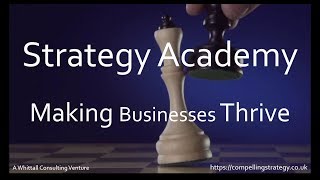 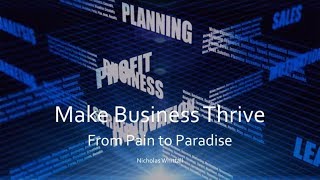 If a good strategy distils the collective wisdom of the enterprise, how may the strategist engage senior executives whose diaries are crammed with busyness? Traditional workshops festooned with post-its, flipcharts, and PowerPoint are seldom effective when the urgent disrupts the important at the squeak of a smartphone. A smarter way must be found to focus the enterprise’s expertise and experience on its past, present and future, and collect and organise its knowledge, insights, and opinions.

A divisional head in the client enterprise had assigned responsibility for strategy development to one of his directors, but none of the director’s drafts had gained the head’s approval. The author (Nicholas Whittall) was engaged to support the director, his peers, and a core team that would undertake the desk work required to support strategy development. This presented four challenges:

Focusing effort was key to securing sceptics’ participation in the strategy, by:

The directors agreed to devote one hour sessions to the strategy, with no more than two sessions per week. Often they were available only at lunchtime, so their undivided attention was moderated by their need to eat. The author set them and the core team exam papers to elicit their views, then primed a conversation with the questions they could not answer. Their contributions were collated into papers for their review and outstanding questions directed desk work by the core team. They termed these intense examinations "extreme facilitation".

Senior executives across the enterprise were interviewed to elicit:

The outputs from the interviews and the extreme facilitation were collated into a narrative and strategic objectives which were offered to the community for review.

This intervention gave the client, whose staff were largely sceptical of strategy: